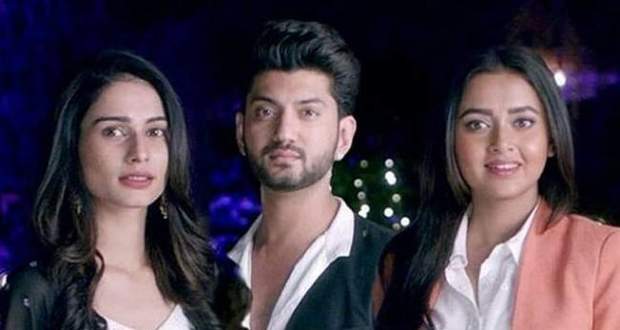 Mishty comes to meet Veer at his place. She asks Veer to join him for a conversation. The two-step out to a restaurant.

Pari reminisces her childhood memories spent with Mishty. She thinks in her mind and says that Mishty will always take the correct decision.

Radhika comes to Pari’s room. Pari says now she doesn’t have to worry about Mishty. Radhika says she always prays about their wellbeing.

Mishty tells Veer that she cannot marry him. Veer gets angry on Mishty for her sudden refusal. He asks her about the reason for her decision.

Mishty states there is a lack of love between them as she has understood the real meaning of love. She says that she never wanted to cheat him.

Veer refuses to listen to Mishty’s feelings. He adds that he has always loved her. He walks away from Mishty in anger.

Veer’s mother calls Radhika to invite Mishty, Pari, and others for dinner.

On her way back home, Mishty sees a couple spending cute moments together. She hallucinates about Ruhaan and her.

Mishty buys flowers for Ruhaan and thinks about him.