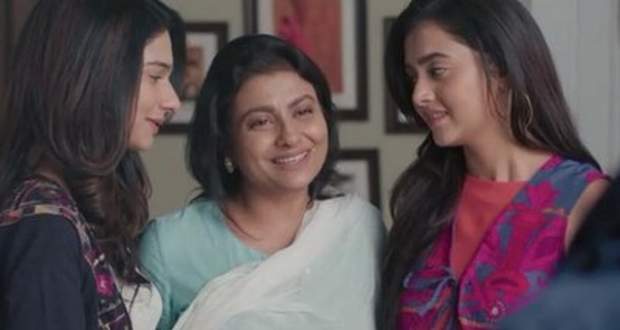 Today's SBRK2 9 May episode starts with Veer coming back to his house. His mother questions her for his worry and says she will call Mishty to calm down his anger.

Veer tells his mother that Mishty doesn’t want to marry him and has broken the engagement.

Ruhaan thinks about Mishty during his meeting. He talks in his mind and says that he will talk to Veer to get everything sorted.

Veer breaks stuff in his room in anger. Veer’s mother calls Ruhaan. She asks him to come over as Veer is upset.

Veer recalls his moments spent with Mishty. Veer’s mother gets angry on Mishty and decides to have a word with Radhika. Veer stops him.

Taani comes to her special friend Robi’s house. The two get cozy.

Ruhaan comes to Veer’s house. Veer tells Ruhaan about everything. Ruhaan apologizes to him. Ruhaan tries to tell Veer about his equation with Mishty.

Mishty and Ruhaan come for a meeting. Mishty hugs Ruhaan when she vents out her pain in front of him.