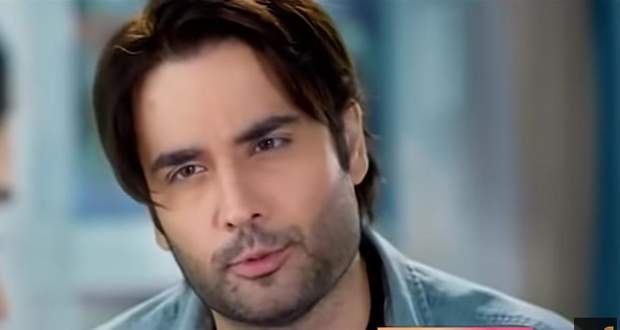 She checks her phone and gets happy after which she goes to her mother, Sudha, and informs her that she has passed with a scholarship.

Sudha happily tells her that Dadi has gone to the temple and that her father is out for work so she can celebrate her happiness freely.

Further, her mother gifts her a white coat with Dr. Suhani Sharma written on it and a stethoscope telling her that she remembers how Suhani wanted to be a doctor inside childhood.

They are dancing while Ishaan comes there and stops the music informing them that father has returned.

Suhani's father enters the home and everyone tends to him while he sees her not wearing her Dupatta and looks at her pointedly.

He eats breakfast while Dadi taunts Sudha as Suhani requests her to talk to her father about the scholarship.

He sees that Suhani is getting a call from Riya and scolds her for being friends with Riya as she is from a rich family.

Later, Sudha tries to talk to him but he gets a call from his boss to come to the office right away.

He takes the file from the drawer and leaves while Suhani sees that he has mistakenly taken another for and goes after him.

Just then, Suhani's father's bike isn't starting and some boys come over to help him but start at her seeing her without the Dupatta.

Suhani runs back inside the home while draping the Dupatta around her neck as her father comes back inside and scolds her for leaving the house with it.

Suhani justifies that she went to give him the file while Dadi taunts her.

Suhani goes to her room and cries while Sudha goes there apologizes to her and promises that she will talk to him about the college in the evening.

However, Suhani informs her that she is scared her father will not agree to let her study in a co-ed university and that today is the last day to get the admission forms.

Sudha forms a plan and takes her to the university by lying to Dadi that they are going to market.

Riya meets there at the entrance and congrats them for getting the scholarship as they go inside.

Elsewhere, a football game is going on with the team captains being Ansh and Ranveer.

Riya promises Suhani to have her meet her someone special later and leaves hearing the announcement for Ranveer.

Ranveer's friends tell Riya to call him and she calls her friend who shows Ranveer doing a handstand on the rooftop.

Riya's friend is about to kiss him while he jumps away from her after which he drags her downstairs.