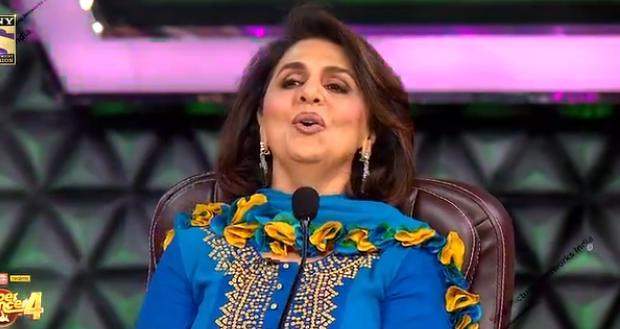 First up, Aneesh and substitute Super Guru Rueben Lala dancing to 'Hamne Tumko Dekha' and getting praised by the judges.

Further on, Neerja and super guru Bhawna freestyle to the song 'Haye Re Haye Tera Ghunghta' and leaves the judges awestruck.

Pari and Super Guru Pankaj's performance on 'Chhu Kar Mere Manko' gets them mixed reactions from the judges.

Soumit and Super Guru Vaibhav leave the judges in shock with their amazing comedic performance on the song 'Tere Jaisa Yaar Kahan'.

Sanchit and Super Guru Vartika perform on the song 'Kehdoon Tumhen' and earn compliments for their concept but get a negative review on their choreography.

Next up is, Arshiya and Super Guru Anuradha who show the super dancer season's journey with their performance on the song 'Bachche Man Ke Sachche' which makes the judges proud.

© Copyright tellybest.com, 2020, 2021. All Rights Reserved. Unauthorized use and/or duplication of any material from tellybest.com without written permission is strictly prohibited.
Cached Saved on: Sunday 19th of September 2021 02:20:40 AM