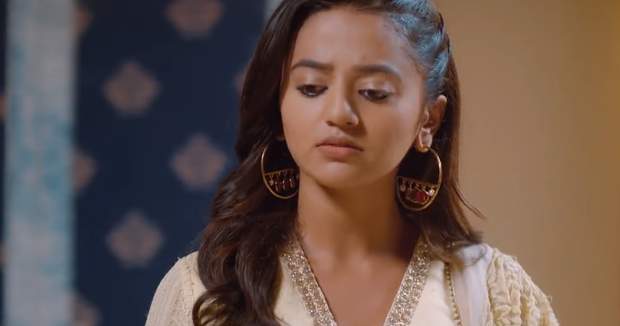 Zaroon doesn’t like that Saltanat is taking Madhav’s side. Meanwhile, Madhav is disturbed about his feelings for Saltanat.

Saltanat can’t be biased and is thinking from Madhav’s point of view. Zaroon doesn’t understand Saltanat’s concern while Saltanat is also shocked by his behavior.

Later, Saltanat decides to talk to Madhav and asks what he is thinking. At the same time, Neelam is upset with Madhav’s decision and is deeply in love with him.

Madhav says he doesn’t think about Neelam that way while Saltanat wonders if he likes someone else.

Zaroon asks about Neelam’s clothes and she says they are Saltanat’s clothes. Zaroon deduces that Madhav said yes to Saltanat at first but later said no as he realized it is Neelam.

Madhav tells Saltanat that he can’t get the girl he wants while Saltanat thinks he is talking about his ex-wife. Meanwhile, Sneha and Juggal get into an argument over him stealing things from Shah Manzil.

Upcoming Sufiana Pyaar Mera episode update: Zaroon confronts Saltanat about Madhav being in love with her.

© Copyright tellybest.com, 2020, 2021. All Rights Reserved. Unauthorized use and/or duplication of any material from tellybest.com without written permission is strictly prohibited.
Cached Saved on: Monday 29th of November 2021 07:47:33 PMCached Disp on: Wednesday 1st of December 2021 03:41:39 PM