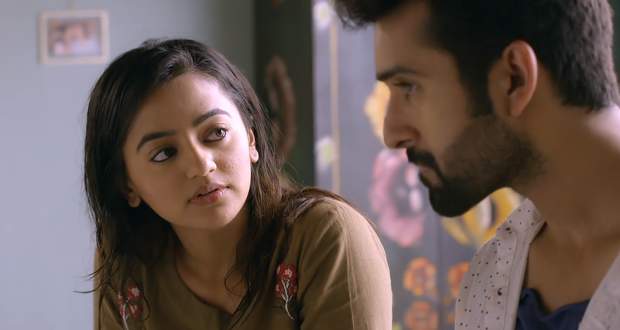 Zaroon decides to go at Preeti’s house, but Miajaan interrupts and tells the wedding will not take place. He further says they have to return home.

Rubina is also delighted to get her daughter back. Zaroon comes and says to Saltanat that Kaynat is behind the blast.

Saltanat is not ready to believe, but Zaroon wants to confront Kaynat. She assures him everything is fine now that they have returned home.

She says they have to keep an eye on Kaynat. At the same time, they both are told Miajaan wants to meet.

He announces the wedding of Zaroon and Saltanat. He further says the throne will only go to Kaynat’s husband and not Zaroon.

Zaroon agrees to his decision while others congratulate them. Kaynat also acts of being kind to Saltanat.

Later, Mamoon Shah gets angry with Miajaan’s decision and Kaynat tries to console him. She says she will keep her promise.

Miajaan tells everyone to do the preparations for the wedding while Ghazala is worried if Mamoon will accept the marriage.

Mamoon comes and says he has no problem with the wedding. He says Kaynat was the one to console him.