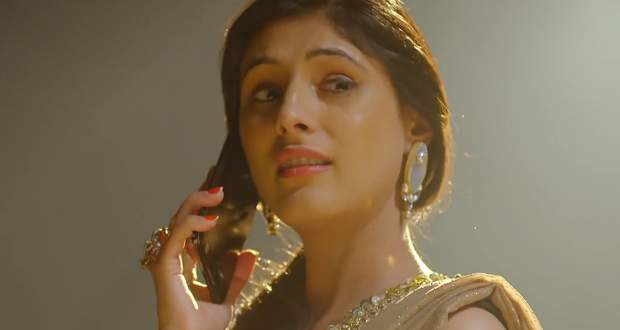 Today's Sufiyana Pyaar Mera 2 Nov episode starts with Rupali instructing Madhav’s family to protect her. Madhav instructs everyone about their plan and is sure they can beat Rupali.

Rupali puts a white powder around the house. Later, Madhav and Neelam enter the house with a handkerchief on their faces.

They are stopped by Sneha and Juggal but Neelam attacks them with a hockey stick. Madhav starts searching for Rupali but gets attacked by his mother.

Rupali comes in front of Zaroon and tries to take Krish. She further gives him a shock and he gets unconscious. She kidnaps Zaroon.

Later, Madhav and Saltanat reach Shah Manzil and find Rubina and Krish tied on a bed. At the same time, Madhav gets a call from Rupali who asks for Krish’s custody.

However, he is stopped by Saltanat who doesn’t want Rupali to win that easily. Further, Madhav’s mother informs that Rupali wants Krish’s custody to save her life.

She says the operation is risky and Krish might even lose his life. Meanwhile, Rupali entices Zaroon against Saltanat. He hears Saltanat saying Krish is most important.

© Copyright tellybest.com, 2020, 2021. All Rights Reserved. Unauthorized use and/or duplication of any material from tellybest.com without written permission is strictly prohibited.
Cached Saved on: Monday 6th of December 2021 06:03:05 PM