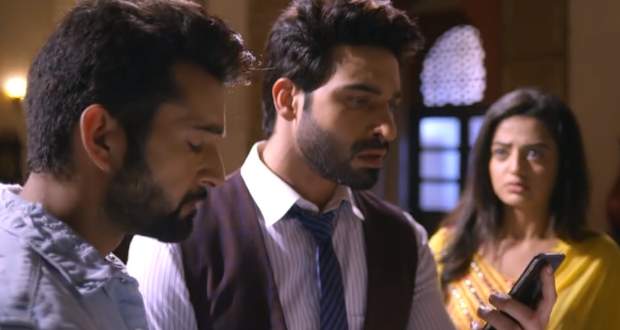 Zaroon imagines an emotional and romantic reunion with her while Saltanat is afraid of him. He is enticed by Sneha’s words about Madhav and Saltanat’s relation.

Kainat kidnaps Krish and decides to use him against Saltanat and Zaroon. Later, Zaroon gets mad at Madhav for keeping Saltanat away from him.

Meanwhile, Indu wants Sneha and Juggal to leave her house. Juggal locks both of them in a room so that they can patch up.

Zaroon discovers Kainat is missing while Madhav says he should have killed her. Madhav receives a call from Kainat and learns she has kidnapped Krish.

They both get into a fierce fight and later find that Saltanat is missing. Saltanat decides to go to Kainat and asks her not to harm Krish.

Later, Madhav and Zaroon join hands to fight against Kainat. They reach a warehouse and can hear Krish and Saltanat’s voice.

Upcoming Sufiana Pyaar Mera episode update: Zaroon and Madhav find some blood marks and a fire in the warehouse.

© Copyright tellybest.com, 2018 & 2019. All Rights Reserved. Unauthorized use and/or duplication of this material without written permission from tellybest.com is strictly prohibited.
Cached Saved on: Friday 31st of January 2020 05:47:11 PMCached Disp on: Tuesday 18th of February 2020 02:31:46 AM