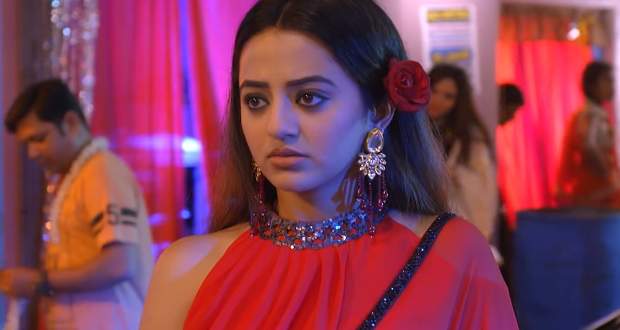 Meanwhile, Kainat is in the hospital and the doctor says they can take her home. He also says the bandage will open only after 24 hours.

Saltanat tries to recall her connection with the Dargah. Sneha gifts a saree to her and tells her that she has to meet her relatives.

Nadeem gets upset about his daughter while Rubina says Zaroon is her only happiness. At the same time, Saltanat gets ready to meet her family as said by Sneha.

Saltanat tells Krish to call his father while Sneha comes on time to stop him. Krish gives Saltanat a locket that will protect her.

Sneha puts a flower in Saltanat’s hair and later takes her to a red light area. She introduces her to some Majnu who she says he is her brother.

Saltanat feels uncomfortable with Majnu and is suspicious about the situation. Sneha gives money to Majnu and tells him to take Saltanat away.

Krish is hiding in the car and sees Saltanat in danger. Saltanat too discovers she is in grave trouble while Krish decides to find a way to save his friend.

Upcoming Sufiana Pyaar Mera episode update: Saltanat is put into a car by Majnu and his friends while someone comes to help her.