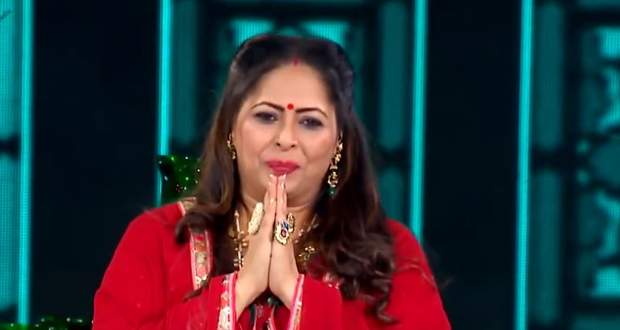 Today's Super Dancer 4 23 May 2021 episode starts with Soumit giving tribute to Madhubala, Hema Malini, and Priyanka Chopra by his performance which earns him positive comments from judges.

Next up is Pratiti who gives tribute to Waheeda Rehman and dances to 'Piya Tose Naina Lage Re' which makes judge Terence Lewis emotional as he touches their feet as a blessing as he calls himself her biggest fan.

Arshiya dedicates her performance to Rekhaji and dances to the song 'Salam-e-Ishq' which earns them a standing ovation from the judges.

Further, judge Geeta Kapoor reveals her love for Rekhaji and gives a tribute to her by performing.

Sanchit pays tribute to Padmini Kohlapuri and performs on 'Tera Yahan Koi Nahi' while the judges like their fusion.

Lastly, Pari does a solo performance and gives tribute to Aishwarya Rai by performing on the song 'Dholi Taro Dhool Baje' which makes the judges proud of her.

© Copyright tellybest.com, 2020, 2021. All Rights Reserved. Unauthorized use and/or duplication of any material from tellybest.com without written permission is strictly prohibited.
Cached Saved on: Wednesday 22nd of September 2021 11:05:21 PM