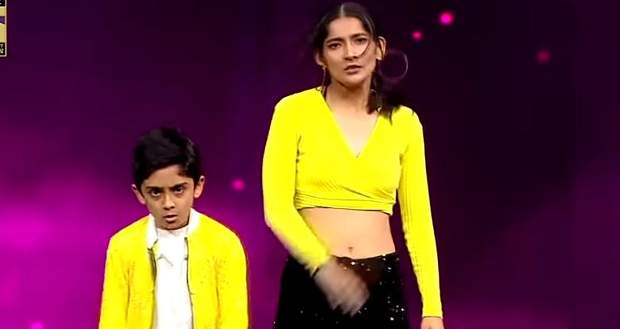 Today's Super Dancer 4 10 April 2021 episode starts with Judges Shilpa Shetty Kundra, Anurag Basu and Geeta Kapoor entering the set and saying that it is time for final auditions and that they will get their super 12 contestants today.

SD4 contestant such as Florina, Prithviraj and Sanchit won their spots in the super 12 with their amazing performance while other contestants like Sprihaa, Arshiya and Amit touched the Judges' hearts.

The judges were stunned by Florina's exceptionally beautiful dance on 'Kajra Hai Mohabbat Wala' and complimented her by saying that she is the true essence of the celebration of youth.

Further, Prithviraj's detailed moves and connectivity to the audience with performance on the song 'Neele Neele Ambar' touched the Judges hearts that they gave him instant lever sending him into the super 12.

Lastly, Sanchit's fabulous performance on the remix of 'Ang Laga De' awed the Judges seeing his progress since the last time he appeared in Super Dancer Chapter 3.

© Copyright tellybest.com, 2020, 2021. All Rights Reserved. Unauthorized use and/or duplication of any material from tellybest.com without written permission is strictly prohibited.
Cached Saved on: Tuesday 30th of November 2021 10:58:30 AMCached Disp on: Wednesday 1st of December 2021 02:28:05 PM