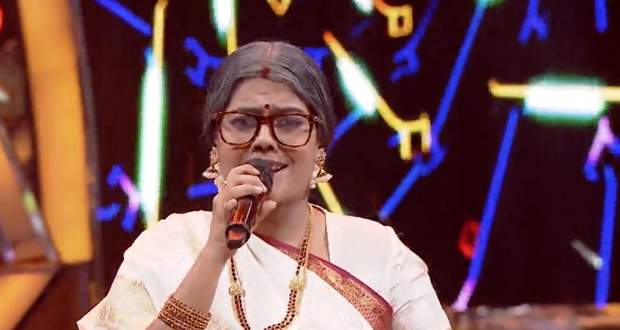 Super Singer 7 Written Update 9th June 2019: Get Up Round round ends!

Today's Super Singer 7 9 Jun episode starts with Guna singing “Vaadi Pottapulla” song which judges felt that it was not up to the mark.

Next, on Super Singer 7 stage was Lakshmi Priya who sang “Thilandomari” song. SS7 judge Unni Krishnan said it was little bit trouble in starting but later it was very good.

Sahana was on next in Super Singer 7 who sang “Paalakaatu” song while Roshini sang the famous song “Rukku Rukku”.

All judges were impressed on Roshini’s performance and came up on stage to congratulate her.

Super Singer 7 contestant Murugan chose the song “Kalyana Ponnu” which SS7 star singer Punya Selva sang “Kettele Ange” which made all the judges to give a standing ovation.