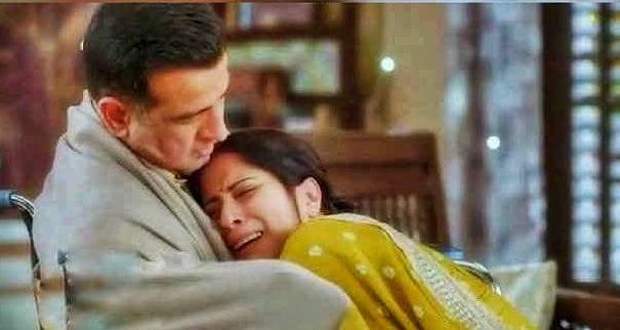 Meanwhile, Nimmo's interest is intrigued when she notices a property dealer called by Swaran for the deal of Swaran Ghar.

Later Nakul, Vikram, and Yug arrive at the funeral while Swaran sings her husband's favorite song.

On hearing about the completion of the funeral ritual by Swaran, Nakul, Vikram and Yug get angry at their mother and start to complain. Swaran tells them to be quiet as Kanwaljeet will not like it.

Later, Kiran asks Nimmo about a new guest (Ajit) at Swaran Ghar, both get intrigued to know how he is related to Swaran.

Meanwhile, Vikram asks Nimmo and Sharvari why they did not stop Swaran from snatching their right to complete the funeral rituals.

Nakul asks the reason for not letting him be the pallbearer of his father's funeral. Swaran wants to share her sorrows with her beloved son Nakul but recalls the filthy treatment done by him.

Vikram blames her mother Swaran and tries to make her feel guilty by saying Kanwaljeet would have been saved if she agreed to sell Swaran Ghar.

Vikram's blaming makes Swaran uncomfortable and she says she doesn't want to talk to them.