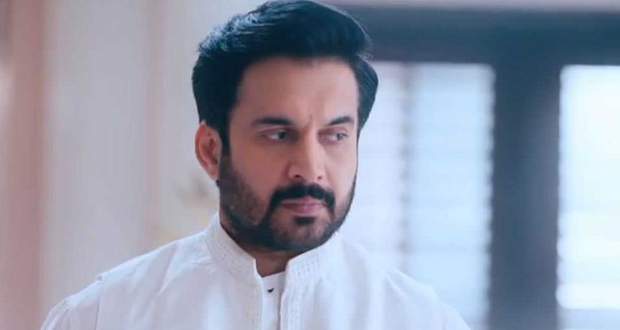 Today's Swaran Ghar 18th March 2022 episode starts with Swaran reminiscing her memories with Kanwaljeet while she attempts to take her life away.

Meanwhile, Ajit arrives and saves Swaran from drowning. He brings Swaran back home while she is still unconscious.

Later, Nimmo marks unnecessary comments on Ajit's intentions and talks about it with her daughter Kiran.

After some time, Swaran gains back consciousness while her sons ask Swaran about her impulsive decision of leaving the house.

Still recovering from the trauma of Kanwaljeet's death, Swaran says she went to meet her husband near the lake.

Nimmo instigates Kiran to find out about Ajit and his relationship with Swaran. Kiran finds out that Ajit knows a lot of things about her mother-in-law.

Later, Swaran receives a call from Ajit where he reads Kanwaljeet's poetry to Swaran in order to make her feel better.

The next morning Swaran's grandson wakes her up where he expresses his care for Swaran.

Later, Vikram tries to gain control over the finances and suggests Nakul sell Swaran Ghar as soon as possible.

On the other hand, Nakul suggests to Vikram to be a  little sensitive as it has been only a few days since their father's death.

Vikram and Kiran manipulate Nakul and push him to speed up the selling process of Swaran Ghar.