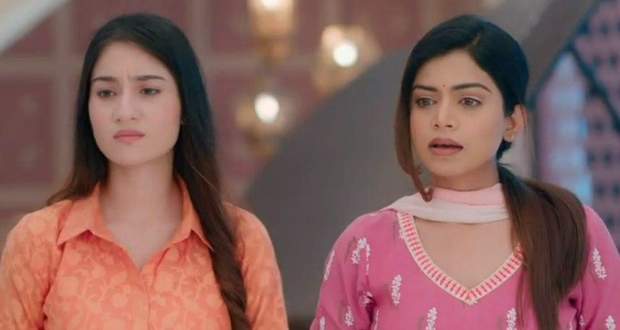 On the other hand, Ajit is waiting for the clock to strike twelve to wish Swaran a happy birthday.

After a while, Swaran talks to Kanwaljeet about not wishing her for the first time in thirty years.

Ajit overhears Swaran and decides to celebrate her birthday like Kanwaljeet.

In the morning, Ajit is baking a cake for Swaran along with the girls.

Meanwhile, Nakul thinks of Swaran on her birthday and shames Vikram for not remembering Swaran’s birthday.

In her room, Swaran wakes up to find her sons bringing her cake and wishing her happy birthday while apologising to her but comes out of her reverie to find her daughters instead and feels sad.

Later, Ajit goes to ask Yug about Kanwaljeet’s way of celebrating Swaran’s birthday and invites him to it.

Meanwhile, Jai calls Divya and tries to counsel her to stop being stubborn with Ajit.

However, Divya tells him that she is going to apologise to Ajit and has prepared a sweet dish for him.

After a while, Micky asks Ajit to invite Nakul as well but Ajit tells her that he does not trust him.

Meanwhile, Neelu tells Swaran about the special breakfast she has prepared for her as Kanwaljeet use to do.

Swaran goes to present a flower to Kanwaljeet and tells him that today she will pay the first instalment of her mother-in-law's necklace.

Afterwards, the girls blindfolds Swaran and bring her outside where lots of dancing and singing are arranged by Ajit.

Seeing Swaran happy, Kiran tells Vikram to spoil Swaran’s fun and bring back his brothers to his side while Vikram assures her that he has matters in hand and calls his lawyer.

Meanwhile, Divya comes toward Swaran Ghar and finds out about Ajit's hand in celebrating Swaran’s birthday.

Unable to control her jealousy, Divya calls out Swaran's name and throws her tiffin on the floor.

Divya humiliates Swaran in front of everyone and tells her that Ajit belongs with him only.

© Copyright tellybest.com, 2022, 2023. All Rights Reserved. Unauthorized use and/or duplication of any material from tellybest.com without written permission is strictly prohibited.
Cached Saved on: Thursday 26th of January 2023 12:06:26 AMCached Disp on: Thursday 9th of February 2023 05:58:36 AM