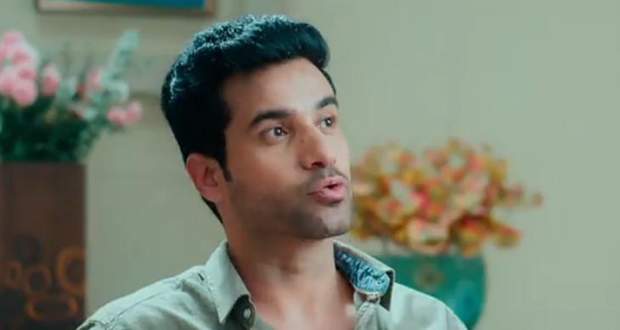 Today's Swaran Ghar 21st April 2022 episode starts with Swaran arriving at 'Baisakhi Mela' with her tenants and wishes to come later after seeing the crowd.

Amber stops them from going back while thinking of the deal with Kiran.

On the other hand, Yug asks his brother about doing the right thing by entering the Swaran Ghar like thieves.

Vikram berates Yug and sends him to Mela to keep an eye on Swaran.

At the Mela, Swaran and others spot Ajit and think of going there however, dance and music begin and everyone goes there.

All the girls dance beautifully at the fair, Swaran also joins them while Ajit looks at them with admiration.

Meanwhile, Vikram is trying to open the lock of Swaran Ghar.

Yug arrives at the Mela and watches over Swaran and the girls but hides after seeing Ajit.

Vikram and Nakul enter the house and go to search for the Will.

Afterwards, Swaran tells the girls that she needs to make dinner for them but Amber once again convinces her to eat everything here and have a break from cooking.

Swaran is at the Swings and remembers old times and Nimmo and Kiran go to mock her.

Yug collides with Ajit and drops his phone while Ajit overhears some of the conversations and becomes suspicious.

Nimmo and Kiran are strategising to leave Swaran alone on the swing, however, Ajit saves her at the last minute.

Swaran tells Ajit that she is having a feeling of dread while Ajit tells her not to think too much.

Nakul and Vikram come to their room and feels bitter at seeing the room empty of their memories.

Vikram in his anger promises to sell the house to the five-star hotel developer and not leave anything for Swaran.

After a while, Swaran calls Micky to ask her reason for leaving her alone and finds out about Ginni going in “Maut ka Kuan”.