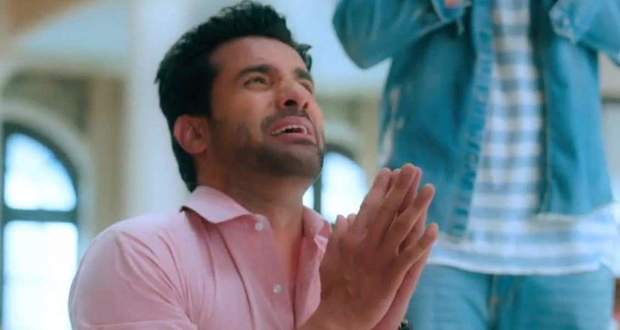 Today's Swaran Ghar 25th March 2022 episode starts with Swaran asking Nakul about Vikram who is busy showing around the house to the client.

Ajit comes across the client but Vikram handles the situation well, preventing the truth from being disclosed to Ajit.

Meanwhile, the priest asks Swaran to confer something to Kanwaljeet that was dear to him.

Swaran goes outside the house to bring the rose plant as Kanwal had a liking for roses.

Swaran takes one rose and places it before Kanwal’s photo while looking praying to God to let his soul rest in peace.

Thereafter, Swaran says a few words in Kanwal’s memories, and Kanwal’s friends join her in her speech.

Swaran suggests that they should give farewell to Kanwaljeet in a unique style.

Thus Swaran sings the song ‘Ek Dusre Se Karte Hai Pyar Hum’ while Vikram, Nakul, Yug, Kiran, and grandson join her one by one, and Swaran hugs the three of her sons.

Furthermore, after the funeral is over, the lawyer arrives at the Swaran Ghar.

Vikram, Nakul, and Yug get joyous when Swaran informs them that she is going to transfer the property rights in her sons' name.

After Swaran signs on the papers, the lawyer asks Ajit to give his consent as well.

Ajit goes to sign the papers but gets doubtful. He reminisces his conversation with Kanwaljeet and asks for his guidance in making the right decision.

At the same time, the clients come there asking Vikram to make the deal as soon as possible.

Consequently, the entire truth unfolds before Swaran who is shell-shocked seeing the real faces of her children.