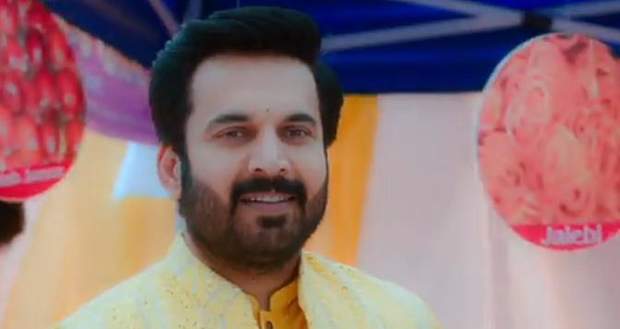 He also tells her that to find out a connection between Ajit and Swaran they will have to go Swaran’s Village.

Meanwhile, Ankita’s neighbours are praising Ankita for sending Ajit away as he would have been a bad influence on Dillu and Jai.

Swaran overhears their conversation and comes to Ajit’s defence.

After a while, Swaran tells Ankita to talk to Ajit about coming back home.

Ankita tells Swaran that Ajit is very stubborn but might listen to her sister-in-law.

Swaran remembers Ajit’s daughter and asks Ankita to ask Divya to have a talk with Ajit.

Ankita tells her that presently she is out of town on business but they will again try to convince Ajit.

On the other hand, Amber is introspecting about Swaran’s sweet and caring nature when Kiran invites her in her car.

Kiran asks Amber to tell them any new information regarding Swaran Ghar.

However, Amber tells her to arrange a meeting with Aashu and then only she will spill any beans about Swaran Ghar.

Yug is Nostalgic and Jai is Concerned

Yug is feeling nostalgic at the cafe that he often frequents with Swaran.

Fortunately, Swaran is at the cafe and gifts his usual pastry to him.

In the meantime, Jai is at Ajit’s Dhaba asking him about living in Swaran Ghar.

Ajit tells him to have faith in him as what he is doing is right as well as necessary.

Meanwhile, Swaran tells Yug that a mother always loves their children and cares for them no matter how their behaviour turns out to be.

After a while, Yug tries to convince Nakul that Swaran cares for them whereas they are treating her badly. He also tells him that he cannot be a party to their planning against Swaran and asks him to not go as Vikram will go out of control.

At Ginni’s school, Ginni's teacher signs up Swaran and Ajit as Mrs. and Mr Bedi after seeing them together.

At home, Swaran comes to call Nehmat for tea and finds her talking to their parents' photo frame.

However, Nehmat hides it in time and tells Swaran that she only misses her mother as her father never lived with them.

As they are having tea at the Swaran Ghar, Ginni calls Ajit and tells him to have tea with everyone as it is a rule in the house.

Meanwhile, Nakul feels the need to talk to Swaran after his conversation with Yug and comes to Swaran Ghar.