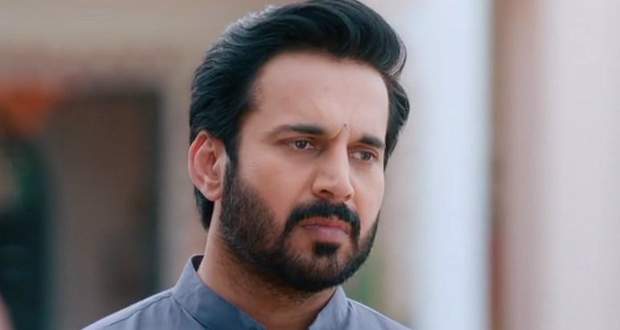 Today's Swaran Ghar 31st March 2022 episode starts with Ajit confronting his family regarding the news with Swaran and assuring them that it is not his fault.

Swaran travels with Sharwari and thinks about her sons’ wrongdoings against her.

Stopping the car abruptly, Swaran decides to do a thing by herself and tells Sharwari that she’s going to withdraw cash from the ATM by herself.

Swaran enters the ATM and finds Ginni there with her friend getting accused of stealing the card.

As Swaran helps Ginni from the trouble, she proceeds with her first try at withdrawing cash by herself.

Succeeding in taking out the cash, Swaran beams with joy and treats herself and Sharwari to ice cream while reminiscing her moments with Kanwaljit.

Later, Ajit calls Sharwari to hear about Swaran’s condition and expresses his concern towards her and the Swaran house.

Sharwari asks Ajit to come and give her the receipt of the cremation that he has with him and decides to meet Ajit the next day.

Ajit comes to Sharwari’s house the next day and meets Swaran coincidentally.

Swaran asks Ajit to not get involved in this matter further and tells him not to visit her again.

Remembering her early days with Kanwaljit, Swaran regrets loving her children so much and tells the story behind the Swaran house to Ajit.

While Ajit and Swaran talk to each other, her sons eavesdrop on them and get shocked when Ajit refuses to take back his name from the will.