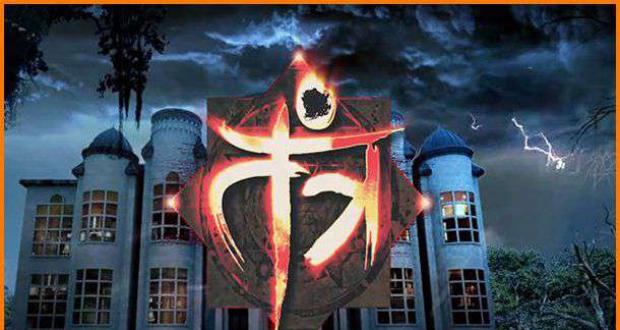 In last week’s episode of Tantra episode we saw that Khanna family comes to Jalsa. The evil lady feels happy about Khanna family’s end from her Tantra.

Today’s Tantra 10 December 2018 episode starts with sudden strange happenings in Jalsa. Neeti who is carrying Ganga Jal in her hands slips and the pure water drips into the spell of Tantra laid below Jalsa.

Sumati says that spilling of Ganga Jal is a bad sign. Prithvi says it is a good sign as every corner of Jalsa has got purified with the pious Ganga Jal. The evil lady gets angry and anxious as her Tantra fails to destroy the Khanna family.

Neeti prays to God to seek the love of both of her parents. Everyone in the house is excited for the evening housewarming party in Jalsa.

Jalsa is beautifully decorated for the party. Everyone praises Prithvi for such building such a beautiful house on a cliff. Akshat taunts Niyati for giving him unnecessary footage after coming to her new mansion. Akshat inquires Niyati about any issue between Sumati and her.

The evil lady comes to Jalsa in disguise with a bag full of some secretive stuff. She mysteriously tries to activate her Tantra in Jalsa. Akshat gets attracted to a waitress in the party.

Upcoming updates of Tantra serial: Jalsa is graced by a stunning performance of Sanjeeda Sheikh. Niyati feels a strange sensation in her body when the evil lady activates her Tantra.

© Copyright tellybest.com, 2020, 2021. All Rights Reserved. Unauthorized use and/or duplication of any material from tellybest.com without written permission is strictly prohibited.
Cached Saved on: Monday 6th of December 2021 04:57:27 PM