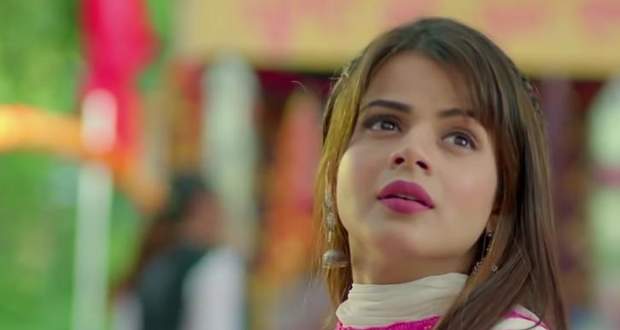 Today's Thapki Pyaar Ki 2 4 October 2021 episode starts with Thapki helping everyone around her while Mamaji praises her voice and says that the person who will marry her will be lucky to have her.

He further hears Hansika sing while she gets upset thinking that he isn't paying attention and says that she is scared to make a remake of her mother Veena's Bhajans.

Mata Ki Chowki begins and Thapki starts singing as her mother is on video call but starts stammering once the microphone malfunctions.

The people make fun of her while Sudha also says that she humored the people with her bluffing.

Elsewhere, Veena Devi comes to Veena Records and gets surrounded by her fans while the security make a way for her to get in.

Purab sees her mother Veena and tells her that he has a surprise for her and shoes her Hansika singing but she rebukes the singing and makes them upset.

Meanwhile, Thapki's mother consoles her while Sudha comes there and rebuked them saying that she should have let her and her illegitimate child stay in her house as the flashback shows of Thapki's mother and father.

Thapki's mother cries and Thapki consoles her while Hansika cries to her father who is the same person in the flashbacks with Thapki's mother.

Purab comes home and its to eat with Dadi while Veena comes there and tries to explain to him that Hansika's voice is not appealing for the remake of her song but he leaves after giving her a cold response.

Dadi tries to talk to Veena while she talks about the singer she wants to handover her singing career to while Thapki's brother, Mother and Mamaji encourage her to sing and she also starts practicing.