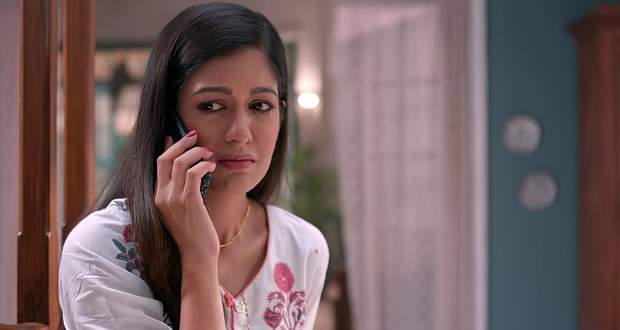 At the same time, Guruji arrives there and everyone has pleased to see him. Pishimaa tells everyone that Guruji has great knowledge in astrology and reading hand.

On the other hand, Arjun's family criticizes Kajol and her family status. Arjun's father asks Arjun that when is Kajol's father going to give the car they promised to gift.

At Kajol's house, Guruji reads Kajol's hand and realizes that her father is going to die before her marriage. Guruji doesn't tell anyone as it may stress them. He blesses Kajol and tells her everything God does has a reason behind it.

Meanwhile, Baba goes to the bank to withdraw all the remaining money they have in the bank.

Later, Kajol goes to meet Arjun and tells him that she expects her dear ones to be truthful to her.

Further, Kajol tells Arjun that his father has demanded a luxury car from her father. She tries to explain that her family cannot afford even a simple car.

Arjun gets angry and tells that why didn't her father simply refuse to give him the car. Kajol gets upset as Arjun shouts at her.