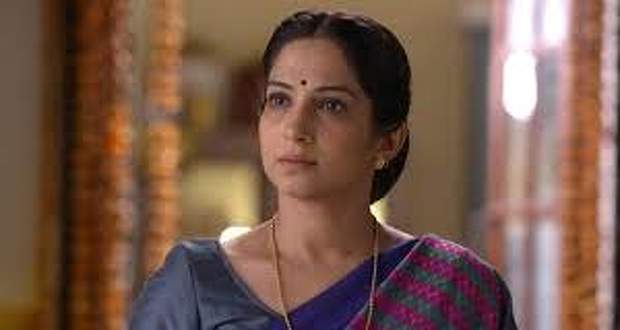 Today's Tujhse Hai Raabta 18 Mar episode starts with Anupriya. She rushes back to her home and finds everyone dead including Malhar and Sarthak.

Anupriya screams on despair. She couldn't believe her eyes.

6 hours ago, Aau Saheb is scolding Atya and Pallavi for not putting proper ingredients in the prasad. All are busy for Rudra Abhishek.

Present time, Anupriya holds Moksh in her hand and crying brutally. All the villagers are astounded to see Deshmukh family dead.

5 and a half hour ago, Atharva dresses up as Shivji and performs tandav. He is helping Keshav to sneak in the house. Keshav enters with a clear motive of destruction of Deshmukh family. Atharva assumes that Keshav is Anupriya’s ex-boyfriend and wants to elope with Anupriya, he has no idea of Keshav’s motive.

While Kalyani is selecting clothes for Malhar, Keshav hides behind the door and aims to attack. He ends up in vain because Atharva calls him and asks to elope with Anupriya.

Luckily, Sarthak comes on time and takes Anupriya with him.

Malhar finds Keshav moving around the house. He rushes to catch him, but Keshav escapes. Malhar tells Kalyani about Keshav.

Present day, Anupriya is sulking on her misjudgment. anupriya understands that Keshav is behind all the destruction. She knows that she could have stopped all this in time.

© Copyright tellybest.com, 2020, 2021. All Rights Reserved. Unauthorized use and/or duplication of any material from tellybest.com without written permission is strictly prohibited.
Cached Saved on: Monday 6th of December 2021 05:24:30 PM