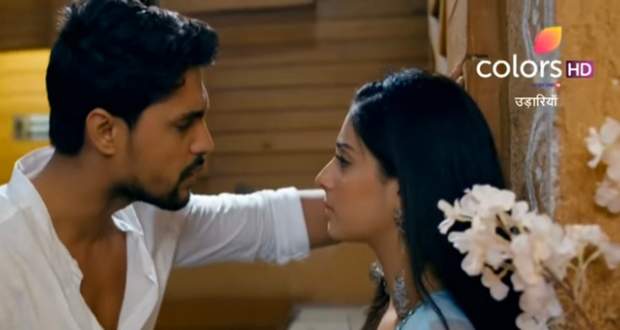 She apologises to the man and takes Candy to his home which turns out to be Simran's home.

Elsewhere, Fateh gets frustrated seeing Jasmin's missed calls when Buzo comes there and chats with him.

Tejo gets shocked seeing Simran there and asks if Candy is her son.

Tejo gets ecstatic saying that the family will be happy to learn that she is there and is about to call Fateh but Simran stop her.

Meanwhile, Jasmin reaches the academy and is about to argue with him but starts acting seeing Buzo.

Simran reveals to Tejo that Amanpreet was already married and that she couldn't come back home because she was pregnant and thus returned to India without informing anyone.

Elsewhere, Jasmin and Fateh are arguing on the road when Mr. Khurana sees them.

Fateh reveals that he's a friend of Khushbeer as Mr. Khurana assumes Jasmin as Fateh's wife and blesses her.

Tejo tries to convince Simran to return home or at least talk to Fateh once.

Meanwhile, Jasmin asks Fateh what he has done to prove his love and shouts that she won't be his mistress.

She further instigates him to reveal their relationship to Tejo and challenges him.