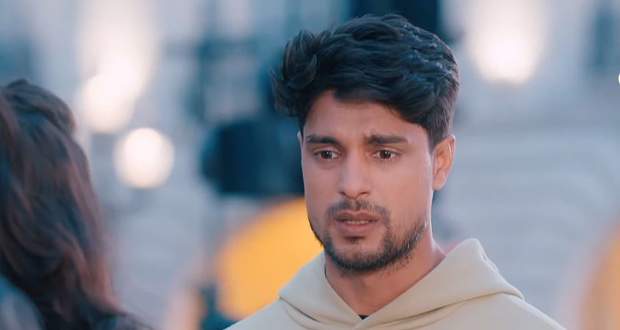 Further, Angad thinks that if Tejo dies in Fateh's presence then he would be blamed for killing her.

Later, Tejo waits for Angad near a streetlight while Angad watches her from a distance.

Angad signals someone and the streetlight falls on Tejo.

However, Fateh saves Tejo yet she does not believe him and accuses him of trying to show himself as her protector.

Later, Angad comes to Tejo and says that he was searching for her.

On the other hand, in India, Abhiraj has planned something against Mahi in the name of taking revenge on Tejo's behalf.

When Mahi arrives to meet her online friend, Sehej (Abhiraj), one of his friends blindfolds Mahi and tries to molest her.

Abhiraj takes a video and decides to break her attitude and ruin her family's reputation.

Meanwhile, Jasmine calls Sweety who unknowingly mentions that Jasmine could have reunited with Fateh if she was not married to Amrik.

In the meantime, Tejo sits at a cafe and Angad goes to use the washroom.

While Angad is gone, his mobile beeps and Tejo checks the message.

Tejo is terrified to see that someone has texted Angad asking whether he has killed Tejo yet.

When Tejo walks home, Angad pursues her and buys her food to make her feel better.

Tejo is suspicious that he has something mixed in the food and is horrified to take a bite.

In the meantime, Fateh is trying to find any clue against Angad but Jasmine restricts him from revealing the truth of Tejo being alive to the police.