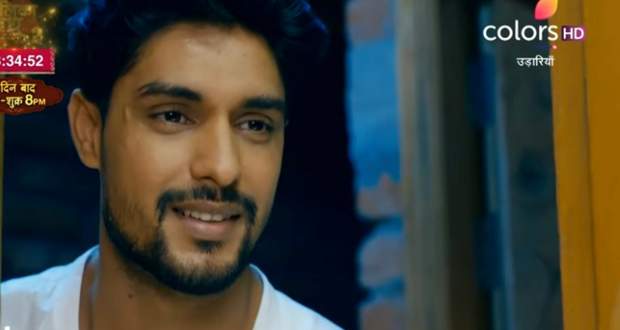 Today's Udaariyaan 11 August 2021 episode starts with Tejo walking into her room thinking about how to tell the truth about Simran to Fateh while he returns home.

Fateh is thinking about telling the truth to Tejo while he knocks over a table. He and Tejo go to pick up the items on the table when Tejo smells the lady's perfume on him and questions him.

He fights with her and leaves getting a call while Tejo feels guilty.

At night, Fateh feels guilty seeing Tejo waiting for him in their room and being upset while Jasmin keeps calling him.

Jasmin calls Tejo as she feels anxious that Fateh has told her the truth but Tejo doesn't receive the call due to falling asleep.

The next day, Fateh is hiding from Tejo in the bathroom while Gurpreet comes there and tells her to come downstairs as Mr. Khurana has come.

Fateh gets frantic recalling that Mr. Khurana thinks of Jasmin as his wife and rushes to stop Tejo from going in front of them.

He managed to handle the situation and takes Mr. Khurana to show him his academy to keep him from seeing Tejo.

Later, Tejo takes Jasmin with her to the cafe at university to talk to her and smells the same perfume that Fateh's shirt had.

She further talks about last night's events to Jasmin saying she and Fateh had a misunderstanding.

© Copyright tellybest.com, 2020, 2021. All Rights Reserved. Unauthorized use and/or duplication of any material from tellybest.com without written permission is strictly prohibited.
Cached Saved on: Sunday 7th of August 2022 10:53:22 AMCached Disp on: Thursday 11th of August 2022 05:53:48 AM