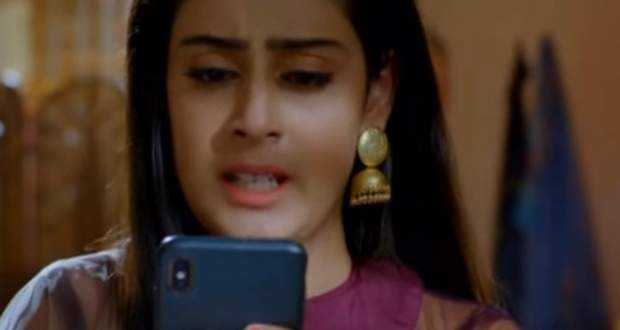 Today's Udaariyaan 12 August 2021 episode starts with Jasmin telling Tejo a fake story that Fateh might have collided with someone and the scent would have stuck to his clothes.

Later, Tejo goes to Simran's house with gifts for Candy who gets happy to see her.

Elsewhere, Jasmin scolds Fateh and tells him that she has handled the situation with Tejo.

Tejo leaves Simran's home while a man hides on the terrace.

Simran goes to him and asks him why he did from Tejo as she didn't want to keep him a secret from her.

Later, Tejo is doing the Academy's accounts while Amrik helps her and asks her if Fateh and Jasmin have moved on.

Tejo questions him the reason for asking and answers him that they have moved on.

Further, she gets happy seeing that the Academy has gone into profit and informs the whole family of it.

Meanwhile, Jasmin tells Fateh that they will have a special lunch the day at the boxing ring in Academy.

However, the Virk family also plans to have a surprise party for Fateh at the same place.

At night, Tejo apologizes to Fateh while he gives her the perfume and says that he had gone to buy it for her and had to try it which created misunderstandings.

He tells her that he will have to stay in the Acadamy the next day and she agrees while thinking to plan the surprise at noon.

The next day, the Virk family has decorated the boxing area and are hiding while Fateh and Jasmin reach the academy.

She forgets the food basket and goes back while Fateh goes inside and gets shocked seeing his family there.