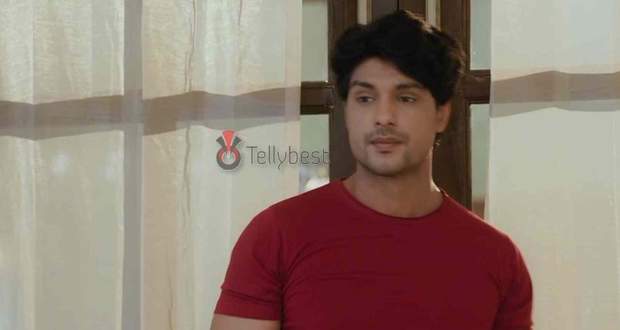 Today's Udaariyaan 12th August 2022 episode starts with Fateh talking with Tejo wondering about the source from which Amanpreet gets all the information about Candy.

Inside the venue, the host announces the Jadugar Badshah magic act while Fateh makes sure that everything is alright inside the venue.

Tejo calls Gurpreet to ask about the Virk family's well-being.

Fateh asks Tejo about the reason for her sadness while Tejo lies abruptly.

Fateh pacifies Tejo while Tejo tells him about Jasmine's accusation of her still being ill.

Meanwhile, Jadugar Badshah aka Amanpreet first chooses Diljeet and makes him disappear and reaapear from the box.

Candy gets excited and requests Jadugaar Badshah to choose him as the next contestant.

Jadugar Badshah chooses Candy while the host announces that Jadugaar Badshah is going to disappear with Candy.

At the same time, Fateh consoles Tejo and assures her to not believe Jasmine’s lies.

Tejo sees a person running while Fateh follows him but finds him as the caterer’s waiter.

Meanwhile, Candy is not reappearing from the box.

Simran goes to the stage and opens the door but finds it empty.

At the same time, Tejo recalls the joker and connects the dots that they didn’t check him.

Fateh and Tejo run inside the venue and find Candy missing.

Tejo opens the box and confirms that the joker was Amanpreet.

Tejo and Fateh run to catch Amanpreet and find him in the car with Candy.

Fateh grabs Amanpreet by the collar while Tejo takes Candy with her.

Police sirens are blaring while Fateh tells Amanpreet that his end has come.

Meanwhile, Police reach the venue and go to find the car in which Amanpreet has run.

The police catch the joker but he is someone hired by Amanpreet.

Fateh and Tejo accuse Amanpreet of trying to kidnap Candy.

Meanwhile, the Virk family is consoling Simran while Jasmine says she knows Simran’s pain as she is also about to become a mother.

Hearing Jasmine’s words Tejo gets hurt while Fateh decides to tell Tejo about the events that happened 9 months ago.

Later on, Fateh tells Tejo about Jasmine playing games with her because Jasmine is jealous of her.