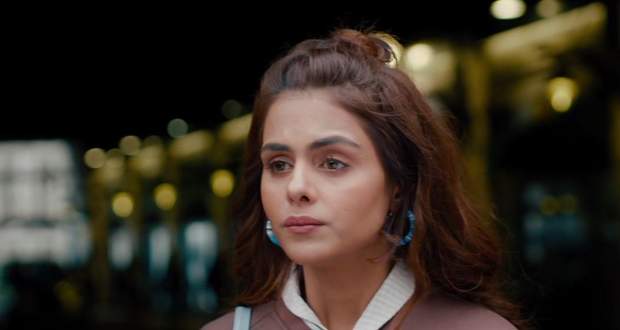 Today's Udaariyaan 12th May 2022 episode starts with Jasmine recording Angad while he puts Tejo in his car's trunk.

On the other hand, Khushbeer finds out about Mahi's video.

This creates great chaos at the Virk house.

Meanwhile, Angad arrives at a graveyard and opens his car's trunk.

However, Tejo opens her eyes and stuns Angad.

Tejo runs away while Angad follows her.

Suddenly, Fateh comes in between and gives a mighty punch to Angad.

While lying on the ground, Angad looks at Tejo and Fateh and wonders why didn't his tablets affect Tejo.

Tejo clears his confusion by saying that she was smart enough to throw the tablet away before drinking water.

Angad laughs while he is surrounded by Fateh, Tejo, Amrik, and Jasmine.

On the other hand, in India, Mahi is devastated as her video is viral in her college and everyone is blaming her character.

Meanwhile, Gurpreet is restless because Fateh is not answering her calls and she has a feeling of something bad is on its way.

In the meantime, Angad expresses his anger towards Tejo and Fateh because he has been doing everything to win Tejo but she kept returning to Fateh.

Suddenly, Fateh starts laughing and shows his mobile in which he has sent Angad's confession audio to Buzzo.

However, Angad picks up his gun and keeps it pointed toward Fateh.

Fateh does not step back and gets into a heroic fight with Angad.

Eventually, Angad finds his gun back and fires a bullet toward Tejo.

To save Tejo, Amrik takes the bullet on himself.