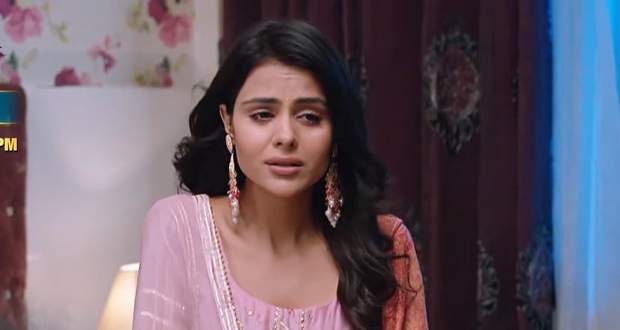 Today's Udaariyaan 15 December 2021 episode starts with Tejo video calling her parents and asks them to find out whether Fateh is happy in Canada.

Angad sees Tejo crying and decides to help her in moving on from Fateh.

Tejo realizes that Ruppi will never talk to Jasmine which means Ruppi lied to her about Fateh and Jasmine being settled in Canada.

Further, Angad calls Tania and asks for a favor.

After Angad disconnects the call, Tania asks Fateh to get some work done for her.

Later, Fateh arrives at Angad's house dressed as a driver.

Fateh brings a gift package along with him.

Tejo sobs in Fateh's memories while she feels his presence around her.

When Tejo looks out of the window, she sees Fateh but later thinks that she is just imagining him.

Further, Angad comes to Tejo's room and cheers her up by dancing with her.

Angad promises Tejo to cheer her up every time she overthinks about her past.

Angad surprises Tejo with a princess dress to wear for the next day's party.

On the other hand, Jasmine calls Angad's office when she overhears the receptionist telling someone about the party that Angad is going to attend.

The next evening, Fateh drops Mr. Sharma and Tania at the engagement party and gets ready to leave.

At the same time, Angad and Tejo arrive at the party.