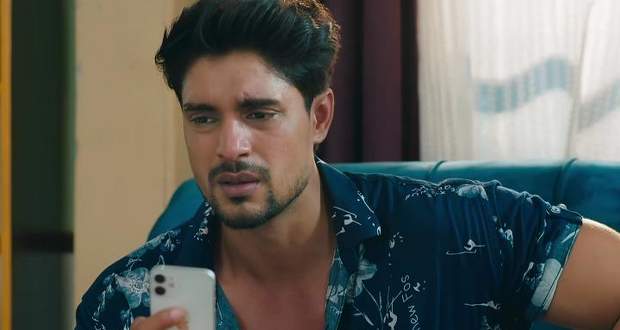 Today's Udaariyaan 15 July 2021 episode starts with Fateh thinking of Jasmin with Gippy and getting angry.

A biker comes in front of their car but Fateh manages to apply breaks on time and goes to beat up the biker.

However, Tejo stops him and manages to calm the situation.

They again get in the car and start driving while Fateh apologizes saying that he has stress due to the academy as the coach has left.

Meanwhile, Mami tries to inform the truth about Jasmin using Gippy to get Fateh to her family but they don't believe her as Jasmin manipulates them again.

Satti asks her to swear on her if what Mami is saying is true or not but Bebe stops her saying that Jasmin won't leave Canada for Fateh.

Jasmin goes to her room and smiles thinking that she silenced Mami and that Fateh will be thinking of her.

Meanwhile, Fateh cries thinking of Jasmin, and goes to see his family.

He sees Khushbeer and others talking nicely about Tejo and destroys his bathroom thinking of Jasmin.

He goes to Tejo and hugs her while praising her for putting up with him and handling his family.

Tejo smiles hugging him and later wears the saree that he got her thinking to surprise him.

Fateh comes there and gets happy seeing her happily adorning herself.

He signals her to come downstairs and goes saying that she looks lovely.