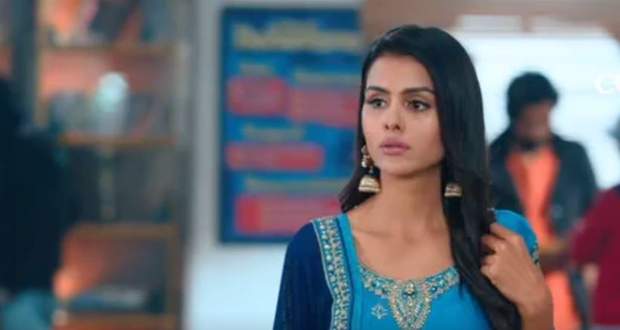 When Khushbeer sees Buzzo, he gets angry and says that he won't get his educated and well-deserved daughter, Simran to an unemployed guy.

Listening to Khushbeer's thinking about their son, Buzzo's parents get angry and say that who is he to reject Buzzo.

Buzzo's father says that they also do not want their son to marry a single parent who has been left by her first husband.

Seeing the heat of the moment, Buzzo takes his father away from Virks' house.

After they leave, Khushbeer tells Gurpreet that Fateh and Simran have ruined his name. So, he asks Gurpreet to prevent Mahi and Amrik from going the wrong way.

On the other hand, Jasmine starts showing sympathy towards Amrik who is scared because of the accident he has caused without knowing that it was a set up by Jasmine.

Further, Jasmine tells Amrik that she saved him from jail because she hates his family not him.

Seeing Amrik shivering in fear, she gives him a sleeping tablet and he goes to sleep.

Jasmine thinks that she needs to train Amrik for taking her revenge on Tejo and Fateh.

The next day, Tejo takes Candy to Gurudwara where they meet Khushbeer. Khushbeer asks Candy what did he wish for. Candy says that he wished for Buzzo to be his father.

In the meantime, Angad decides to start with his plan to get back Tejo if Jasmine does not get successful with her surprise.

Meanwhile, Jasmine brings breakfast for Amrik which makes him trust her.