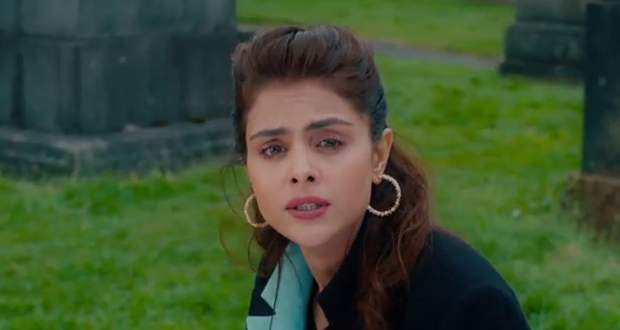 Today's Udaariyaan 16th May 2022 episode starts with Fateh telling Tejo that they have lost Amrik.

However, Tejo addresses Fateh as Mr. Virk and expresses her grief towards his brother's death.

Another shocking news knocks on Fateh's door as Tejo reveals that her real name is Tanya Gill and she is a special officer from Punjab Police.

Further, Tanya tells Fateh that she was investigating Tejo's case.

Fateh feels that Tejo is still pretending to be Tanya and ask her to stop this nuisance as he has just lost Amrik.

However, Tanya firmly states that she is not Tejo as Tejo died in the fire outbreak.

Tanya narrates her story that she had stolen some money from her office because of this she ended up in jail.

At the jail, a police officer realized that she resembled Tejo who had recently died.

Tanya says that she was trained to be a special officer to find Tejo's murderer.

Further, Tanya says that Tejo had recorded a voice note and thrown it through the window.

In the audio, Tejo had mentioned that she could see Jasmine and Fateh standing outside the hall but they aren't helping her.

Also, Tejo mentioned the man in the hoody and her pregnancy with Fateh's child.

As the officer had Angad as a suspect, she came to London after completely understanding Tejo's personality.

Having heard Tanya's story, Fateh gets furious as he lost his child-like brother in the process of saving Tanya.

Fateh is not able to stand Tanya anymore and tells Tanya that he will never forgive her.

When Tanya explains her compulsion for pretending to be Tejo, Fateh says that for the sake of her case, she ruined his heart again.

Tanya says that she had risked her life to unmask Tejo's killer.