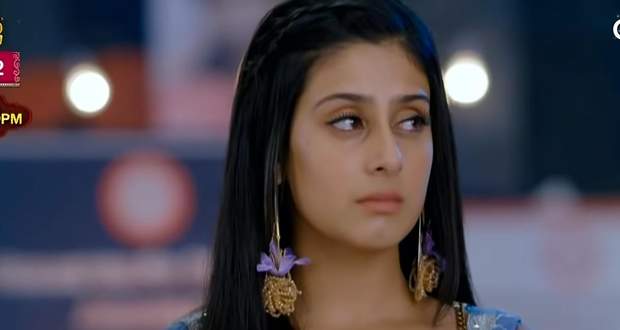 Today's Udaariyaan 17 August 2021 episode starts with Tejo running to Simran's house and informing her that someone took Candy when Buzo comes there with Candy shocking her.

Jasmin suggests Fateh to reveal themselves but he denies after which she offers to massage his head.

Tejo asks Buzo and Simran if they love each other and they both accept as Buzo requests her to not say anything.

Fateh gets worried and faints while Jasmin rushes towards the road for help and stops Nimmo who is going in a car.

They take Fateh to the hospital and Nimmo asks Jasmin why she was with Fateh out of the pind.

Jastim tells her to not say anything and is about to talk when Tejo arrives there.

The doctor comes out and tells Tejo that Fateh's blood pressure was low but he's stable now.

Nimmo questions Fateh what he was doing with Jasmin while Fateh worries thinking what to say.

Jasmin makes up a story and leaves while Tejo tells Nimmo to not talk about Jasmin to anyone at home as they will worry.

Later, the family praises Tejo's cooking while she goes to the academy to feed Fateh.

However, Fateh argues with her and tells her to not act like Nimmo when she confronts him about Jasmin.

He says that he doesn't want to see her face and she tells him to pray to God something happens to her while crying.