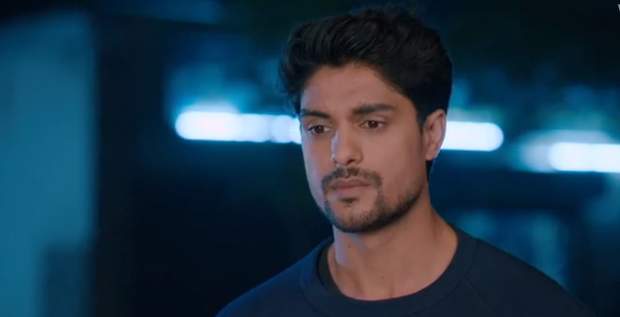 Today's Udaariyaan 19 January 2022 episode starts with Fateh receiving a message from Jasmine that the surprise has reached his house.

Fateh gets anxious and hurries to go home.

Back at the house, the family members celebrate Fateh's win and congratulate each other as Simran's marriage gets fixed.

On the other hand, Amreek walks in slowly with a pale face, the members notice him and gather around him to ask about the matter.

After constant questioning, Amreek breaks down into tears and confesses that he has messed up pretty bad this time.

Fateh enters the house and hugs Amreek who continues to shake in fear.

Further, Fateh asks him if this is the surprise that Jasmine mentioned, Amreek nods a yes leaving everyone shocked.

Meanwhile, Angad stops Tejo on her way to returning to her house from college, Tejo asks where he is taking her but Angad does not give any answer.

Back to the Virks' house, Amreek explains to all how he ran away after an accident done by him on Jasmine's commands as he mistakenly killed a person.

Fateh remains horrified after listening to Amreek and asks him what Jasmine wants in return for his innocence from the charges of the murder against him.

Amreek tells Fateh that Jasmine told him to let her know when all family members agree to seek her help, she will then come here and announce her demands.

After several pleading and convincing, Amreek calls Jasmine to let her tell her demands, she jokes and declares her arrival there in some time.

On the other hand, Tejo runs away from Angad after he drives her to a remote wasteland.

Angad appears in front of her and tells her that he loves her, Tejo replies that she loves Fateh and not him.

At the same time, Jasmine's parents reach the house and Jasmine makes her grand entry there with song and dance celebrating her entrance.

Upcoming Udariya episode updates: Jasmine demands to become the daughter-in-law of the Virks once more. Fateh and others are left stunned.