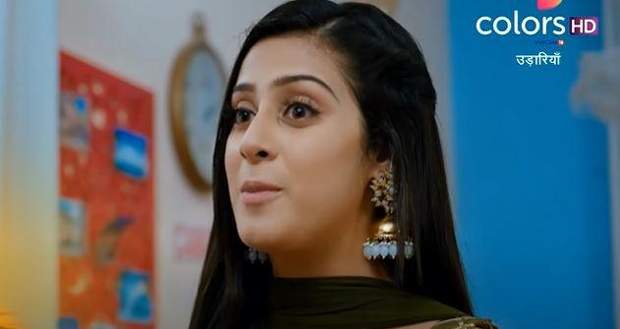 Jasmin sees her family adoring Gippy and everyone talking to her which makes her angry. She goes to her room and talks to Sweety on the speaker about the incident with Fateh.

Sweety asks her what she will do not and Jasmin says that she will make Fateh realise that she still loves him but gets shocked seeing Tejo at the door.

Elsewhere, Buzo tells Fateh that he did a good thing by ignoring Jasmin while Fateh thinks about Jasmin's confession.

Jasmin talks to Tejo and realizes that she didn't hear anything and makes up a story.

Later, Fateh comes to pick up Tejo and sees Jasmin with Gippy. Gippy tells him to come to Canada sometime and Fateh says that he will surely come with his wife.

On the way, Fateh recalls Buzo's words and tells Tejo that they are going to have a night out and she agrees. He talks about her qualities while she admires him as they go on a long drive.

Fateh and Tejo get stuck in the traffic while Jasmin tells Sweety that she hopes Fateh doesn't open her gift in front of Tejo. They see a cottage and go there while Satti gets Tejo's message and informs everyone that Tejo and Fateh are on a night out.

Jasmin gets shocked and thinks to find out where they went.

Upcoming Udariya written episode update: Fateh and Tejo enjoy in a party which Jasmin wrecks her room in anger.

© Copyright tellybest.com, 2020, 2021. All Rights Reserved. Unauthorized use and/or duplication of any material from tellybest.com without written permission is strictly prohibited.
Cached Saved on: Saturday 16th of October 2021 03:09:04 AMCached Disp on: Thursday 21st of October 2021 09:17:07 PM