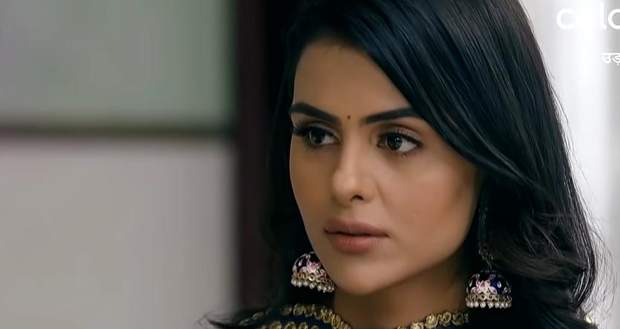 Today's Udaariyaan 1 September 2021 episode starts with Tejo looking at the envelope but the documents are not there and she starts looking for it while Fateh gives the documents to Jasmin and tells her to not worry.

Later, Mahi tells Teko that Date is not at the academy and is already home which shocks her.

Further, Tejo goes to Fateh and tells him that she had found Visa documents of him and Jasmin which later disappeared and asks him if applied for them recently or are they old one.

He tells her that they were old forms and instead starts blaming her for doubting him all the time which makes her feel guilty.

Afterwards, Fateh and Jasmin are driving in their car while Tejo meets her friend who tells her that they should go to her sister, Nikki's engagement which is held at the Miranda Hall.

Meanwhile, Tejo's friend tells her to convince her husband to come as there will be a couple dance while Fateh and Jasmin talk about dancing at the Miranda Hall.

Fateh and Jasmin talk about their eloping plan and romance.

Later, Tejo is talking to Buzo on call while Fateh sees her and gets jealous.

She asks him to come with her to the party but he leaves telling her to ask Buzo to come which confuses her.

Khushbeer sees Tejo working and convinces her to go to the party.