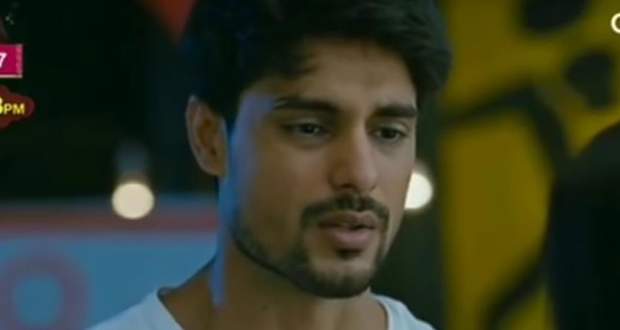 Jasmin tries to stop him while he says that they should end their relation as she tires to convince him to that they will manage everything.

She holds his hand while he hugs her for the last time and leaves from there.

The next day, Tejo gets happy seeing a note from Fateh and goes to the kitchen to see him cooking breakfast for her.

She gets upset recalling the Aman incident while Tejo tells him to not worry about it.

After and Tejo feed each other while he keeps ignoring Jasmin's calls.

Elsewhere, Satti informs Rupy that she is going to meet Tejo while Jasmin overheard them and goes to the academy to meet Fateh.

However, she gets shocked seeing Amrik and makes up an excuse to talk to him.

However, Fateh comes there and tell them to leave while Jasmin purposefully leaves her phone there and goes back to bring it back.

She tries to convince Fateh to talk to her but he refuses while Amrik comes there and takes her with him.

Later, Nimmo teases Amrik about Jasmin and reveals to him that Jasmin was with Fateh when he had fallen unconscious.