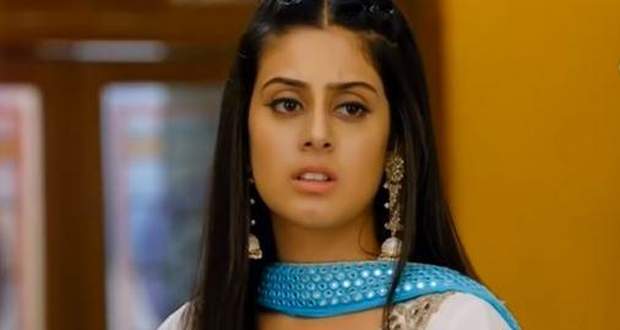 Today's Udaariyaan 20 July 2021 episode starts with Dadaji and Mahi telling Gurpreet to not disturb Fateh and Tejo while Amrit tells them that he took Tejo out because he got jealous seeing Jasmin and Gippy.

Tejo and Fateh go to a running party. Other couples offer them drinks and then assume that it is their love marriage and asks them how they fell in love.

Tejo tells them a story while other couples praise them. The lady asks Fateh if he also fell in love at first sight but he says that he fell in love gradually into their relationship.

They tell a fake love story while the other couple says that there should be a villain in the story and Fateh thinks of Jasmin.

Elsewhere, Jasmin tells Sweety on call that she has to find out Fateh and Tejo's location while Mami looks on.

Fateh tells the other couples about Jasmin as Chameli while they laugh at the name.

Mami offers a glass of milk to Jasmin and mocks her saying that Tejo and Fateh have true love between them and that she cannot break it by her tricks.

Meanwhile, Tejo convinces Fateh to stay and she dances while he thinks of Jasmin and Gippy's hug and hugs Tejo tightly.

Tejo feels happy and hugs him back.