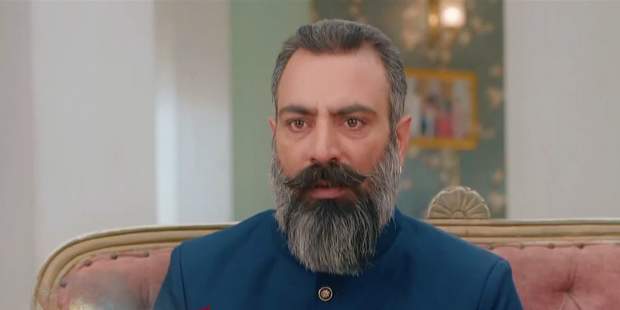 Today's Udaariyaan 20th May 2022 episode starts with Fateh reminding Tanya that she has come to pretend to be Tejo just because she was the cause of Amrik's death.

On the other hand, Jasmine sees her picture with Amrik and tries to control her tears.

Later, the family questions Jasmine's attire which does not resemble a widow.

Jasmine says that after Amrik's death she is not a married woman but as the Virk family isn't accepting her as Amrik's widow, she'll start a new life as Jasmine Sandhu.

Further, Jasmine states that Amrik did not die he was a martyr who lost his life while saving Tejo.

Meanwhile, Tanya asks Fateh to drop her at Tejo's house.

Before leaving, Gurpreet thanks Tejo (Tanya) for staying with them.

Further, Gurpreet gives a shocker by saying that she had promised to Goddess that she'll get Tejo and Fateh as soon as they return.

To everyone's astonishment, Tanya and Fateh leave each other's hands abruptly and say that they'll think about this after getting out of the sorrow of Amrik's death.

When Fateh calls Jasmine, she does not pick up the call as she is enjoying her time getting a spa with Sweety.

Jasmine had a great time having street foods and other delights after a long time.

However, Sweety is worried to see Jasmine's behavior.

At the same time, Jasmine gets Fateh's call about dropping Tanya at the Sandhu house.

Jasmine tells Sweety that she is not going to ruin her life in the sorrow of Amrik's death and leaves for home.

In the meantime, Tejo's relative sees Tanya and hugs her with the joy of Tejo's return.

When she asks Tanya how did she get out of the fierce fire, Tanya says that she went through a lot of trouble.

However, the problem arises when Tanya addresses the lady as Aunty Ji while Tejo never did so.