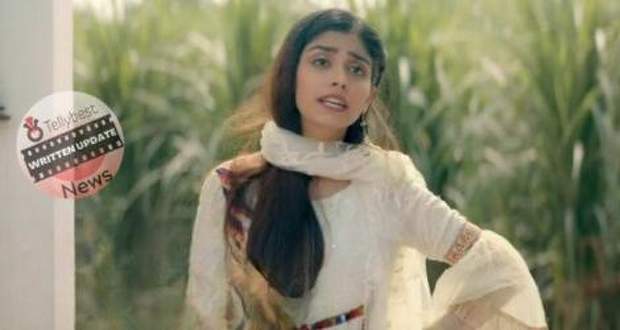 Today's Udaariyaan 20th September 2022 episode starts with Ekam telling Nehmat that she is a carbon copy of her mother.

Later, Nehmat sits in the driver and Ekam sit in the passenger seat admiring his girlfriend.

On the other hand, Naaz imitates Harman's yoga position and cutely invites him to eat breakfast.

Afterwards, Shelly goes to wake up Armaan for school while Naaz helps to serve breakfast.

After breakfast, Naaz gets ready for college and informs Sati about her extra classes.

Naaz counts to three and Rupi’s voice stops her and he gives her some pocket money.

Meanwhile, Naaz gets a call from his professor and goes out of the house and smirks at her cleverness.

Outside the house, Naaz recalls Jasmine's words and kisses the money as she has successfully won the family’s love.

In Sandhu’s house, everyone praises Naaz’s innocent nature and gets excited as she will get many marriage proposals.

On the other hand, Naaz is going toward her boyfriend's car but Ekam’s mother stops her and drops her to college.

In the car, Ekam’s mother gets impressed by Naaz’s behaviour and accuses Ekam of spending all his time in the police academy and Nehmat.

On the other hand, Nehmat tells Ekam to talk about his relationship with his father and to find out the reason for Ekam’s father's suspension.

However, Ekam reveals that no one knows the reason for his father's suspension 15 years ago.

At the same time, Nehmat gets a call from Malika and bids goodbye to Ekam.

Later, Malika furiously tells Nehmat about Naaz's facade of innocence and takes her to their college.

In Ekam’s house, Ekam finds his father on the floor overdrunk and asks him about his suspension.

Furious at his father's drinking habit, Ekam goes out of the house.

Later, Ekam is sitting in the straw house gloomy and Nehmat sits with Ekam and offers him ice cream.

Seeing Ekam's gloomy face, Nehmat tries to cheer him up and assures him that he will persuade his father.

However, Ekam retorts Nehmat for not sharing her sadness with him for the past 16 years and confesses his love to her.

Ekam expresses his care to Nehmat and hugs her from behind and hesitantly talks about Fatejo’s accident.

Meanwhile, Nehmat's eyes fill with tears at the mention of her parents and Ekam assures her that he will persuade his father of their relationship and solve her parent's accident mystery.

© Copyright tellybest.com, 2020, 2021. All Rights Reserved. Unauthorized use and/or duplication of any material from tellybest.com without written permission is strictly prohibited.
Cached Saved on: Saturday 1st of October 2022 10:38:51 PMCached Disp on: Sunday 2nd of October 2022 11:42:21 AM