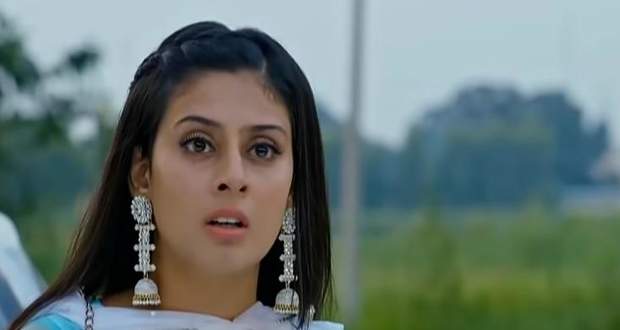 Today's Udaariyaan 21 August 2021 episode starts with Fateh ignoring Jasmin's calls so she calls Tejo and asks about her wellbeing.

Tejo says that she is fine and they plan to meet up the next day after which Tejo and Fateh have a pillow fight.

They both lie on the bed while Fateh imagines Jasmin in Tejo and tells her I love you as Tejo also reciprocates his confession.

At night, Fateh goes to the terrace and cries recalling Tejo's asking him to always take care of her.

The next morning, Jasmin talks to Fateh and tells him that he can't separate from her while he tells her to leave.

She tells him that she will reveal the truth to Tejo and leaves making Fateh worry.

Jasmin comes to Tejo and tells her that she has something important to tell her when Fateh also comes there and tries to signal Jasmin to not say anything.

Jasmin tries to convince Fateh and asks him if he doesn't love her while he says that they can't punish Tejo for their mistake.

She holds his neck and tells him that she can give her life for him but Tejo can't.

He asks her to prove herself and takes her in the car saying that they will die together.

They drive off while Tejo sees Fateh and wonders what Jasmin wanted to tell her.