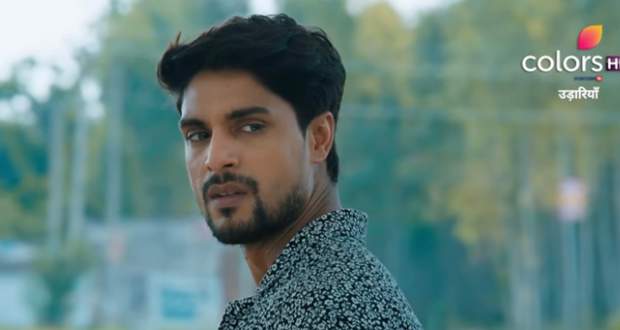 Today's Udaariyaan 21 July 2021 episode starts with Fateh and Tejo laughing while remembering the fun they had at the party.

Fateh reveals to Tejo that her drink had alcohol in it and she asks him if she can say anything she wants then and he agrees.

Tejo reveals that she wanted to slap him when he threw milk on her for wearing the Saree which he had bought for Jasmin.

Meanwhile, Jasmin cries thinking about Fateh rejecting her and ruins her makeup.

She says that no one can take away Fateh and her smile.

Elsewhere, it starts raining while Tejo stands over Fateh while holding an umbrella as he checks the car engine.

Fateh removes his shirt and Tejo makes fun of him while they share a romantic moment.

Elsewhere, Jasmin leaves her home while Amrit sees her on the road and they go in search of Fateh and Tejo.

Fateh messages Amrit to pick them up as his car has broken down and sends him his location.

Later, Tejo tells Fateh that they have dry clothes and takes him in the rain for adventure.

Jasmin and Amrit reach Fateh's car and go in search of them separately.

Fateh and Tejo climb a tree and manage to get into an abandoned house while Jasmin comes that way.