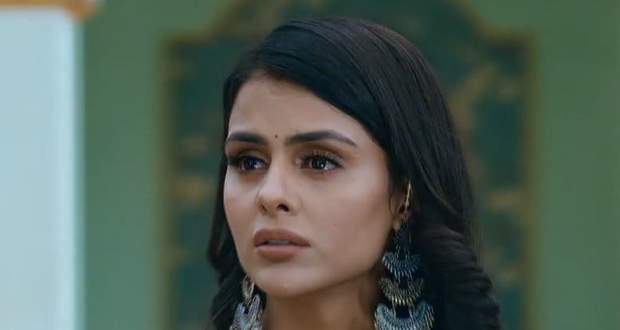 Today's Udaariyaan 21 October 2021 episode starts with Jass telling Tejo that he'll come to Virk's house to take her to his place.

Later, at home, everyone will be trying to find Tejo when Tejo comes back home. Tejo informs everyone that Jass tricked her into coming out of the house and kidnapped her.

Further, Tejo informs them that Jass has threatened to take her back to his place from Virk's house.

After some time, Fateh goes to talk to Tejo but she tells him that she doesn't need his or Jasmine's help.

Meanwhile, Jasmine talks to Sweety on call and tells her that she has manipulated Fateh into getting married to her.

Later, Jasmine again tells Fateh to get married to her to save Tejo and also tries to take Jass's side.

The next day, everyone sits together while Fateh says if Jass builds up enough courage to come there then he won't go back on his legs.

Suddenly, Jass comes dancing inside the house with people playing band and some police officers.

Jass tells everyone that he has come to take his legally wedded wife, Tejo.

© Copyright tellybest.com, 2020, 2021. All Rights Reserved. Unauthorized use and/or duplication of any material from tellybest.com without written permission is strictly prohibited.
Cached Saved on: Monday 6th of December 2021 06:08:07 PM