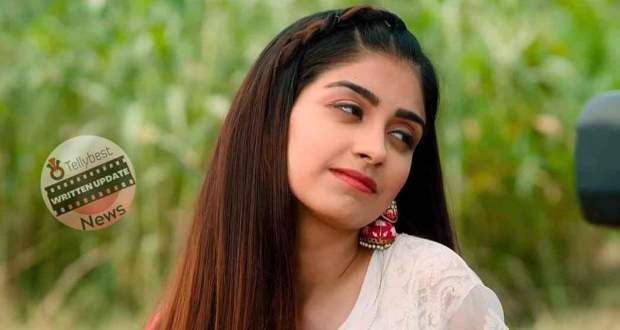 Meanwhile, Nehmat cries while watching childhood videos of Fatejo’s and misses them immensely.

The next morning, Rupi forces Harman out for a walk when Nehmat walks in and runs to her room after lying to Rupi.

In Ekam’s house, Ekam teases Malika when she walks in but the loud voices of their parents shock them.

Ekam’s mother confronts her husband for hiding the truth of his suspension for the past fifteen years.

However, SSP Randhawa stays silent while his wife berates him for opposing Ekam’s police training.

In Sandhu's house, Nehmat leaves the house after making an excuse to go early.

Later, Nehmat and Ekam fight over the music to play while driving when suddenly a car speeds by them.

Nehmat gets furious and stops his car in front of the speeding car, cursing the driver and holding him by his neck.

Meanwhile, Ekam holds Nehmat from the waist but she removes her slipper and throws it at the man.

The man curses Nehmat and runs to his car scared while Ekam teases Nehmat for being impulsive.

In college, Nehmat and Malika’s friends praise their article and Nehmat recalls pranking a stranger by punishing the professor early in the morning.

Later, Roni (Nehmat’s friend) invites her and Malika to his party while Naaz also wants to attend the same party.

In the evening, Ekam and Nehmat chew sugarcane while Ekam expresses his fear of Nehmat getting in trouble for her impulsive behaviour someday.

Meanwhile, Nehmat recalls a short flashback of Fateh assuring Nehmat that he will take care of everything.

Nehmat puts her head on Ekam’s shoulder and tells Ekam to take care of her.

In Sandhu’s house, Malika and Nehmat get ready and Naaz takes popcorn for them.

Naaz requests Nehmat to take her to the party but Ekam and Malika refuse as they already have partners.

Later, Naaz eavesdrops on Nehmat and Malika’s conversation about not taking Naaz to the party intentionally, making her furious.

Naaz then decides to attend the Roni party by hook or crook.