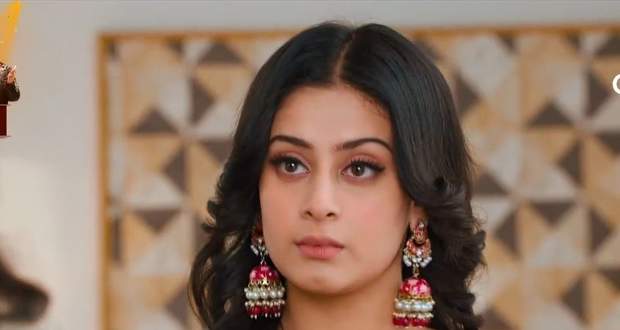 Today's Udaariaan 22 January 2022 episode starts with everyone being devastated to see Amrik covered with blood after he attempted suicide.

Further, Khushbeer, Fateh, and Tejo take Amrik to a hospital where he is taken straight to the ICU.

After some time, the doctor tells Fateh and Tejo that Amrik is out of danger.

When Gurpreet and others arrive at the hospital, Tejo asks them to stay strong in front of Amrik.

The nurse allows them to meet Amrik. Amrik promises Gurpreet not to repeat any such step ever again.

Further, Gurpreet scolds Khushbeer for being extremely strict with her children which resulted in them going on the wrong path.

Fateh tells Khushbeer that whatever Gurpreet said was due to stress. Khushbeer apologizes to Amrik for trying to take him to the police station.

At the same time, a nurse tells everyone that they need to go home and only one person can stay at the hospital.

When Fateh goes to drop Tejo home, he breaks down on the way. Fateh cries and says that he is not able to do anything for Amrik.

Tejo explains to Fateh that he has changed and now he won't disappoint anyone.

Later at the hospital, Jasmine bribes the nurse in charge and enters Amrik's ward disguised as a nurse.

Jasmine wakes up Amrik and shuts his mouth when he tries to scream in fear. She warns him to stop trying to ruin her plan or else she'll kill his family.

At night, while Jasmine is on her way, she suddenly hits someone with her car.

Upcoming Udariya episode updates: When Jasmine comes out to check whether the person she hit is fine, Fateh arrives there.