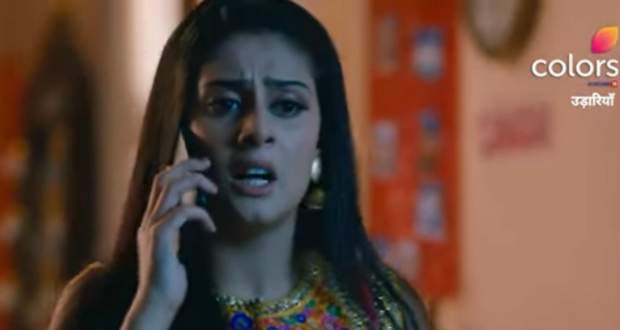 Today's Udaariyaan 23 July 2021 episode starts with Fateh feeling sad looking at the pendant while Amrik praises Jasmin for caring for Tejo and Fateh even after they broke her heart.

Meanwhile, Fateh and Tejo are having tea and she acts romantic with him while he feels conflicted holding Jasmin's pendant in the other hand.

They come home and Fateh leaves for work while Tejo sees Jasmin's missed calls and calls her.

Jasmin talks normally with her and ends the call while thinking that Fateh is still thinking of her.

She gets ready and leaves to meet Fateh but Satti and the family stops her saying that Gippy's family is coming to fix their alliance.

Elsewhere, Tejo happily does household chores while Mahi and others notice it.

Meanwhile, Buzo tries to cheer up Fateh saying that it is good as they have completely become husband and wife now.

However, Fateh reveals that he feels like he is cheating on her as he still can't get Jasmin out of his mind.

Khushbeer praises Tejo for having faith in Fateh and making him happy again.

Jasmin takes something from the drawer and leaves to meet Fateh at the academy.

He argues with her saying that he doesn't want to talk to her while Tejo also arrives at the academy but sits in the car.

Jasmin informs him that Gippy coming to her home to fix the alliance and Fateh gets angry hearing it.

He leaves while Tejo doesn't see him but bumps on Jasmin.