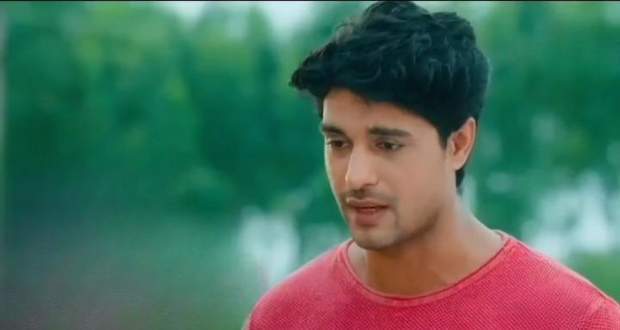 Today's Udaariyaan 23rd July 2022 episode starts with Fateh thinking about Tejo while Tejo also thinks about the time when Fateh betrayed her.

Tejo asks Satti why her room is so much changed as if it belonged to a small child.

Ruppy and Satti discuss Jasmine and feel pity for her as every time something happens to Fateh or Tejo she is blamed.

Later, a car is driving rashly when Fateh stops it as it was about to hit a child while Tejo watches from her balcony and remembers the times when Fateh stopped his engagement with her and killed her baby.

Tejo picks up a stick and goes to Fateh and starts beating him.

Ruppi and the other family members stop her while Tejo says Fateh and Jasmine killed her child.

Tejo says that Ruppi was right earlier as Fateh is not a man who can be believed and says that she hates him now.

Ruppi takes Tejo inside the house and tells her that it was Angad who tried to kill her and claims that he is the real culprit who wanted to get her married to Angad.

Tejo refuses to believe Ruppi and says Angad was her best friend.

However, Ruppi tells the story of how Angad accepted his crime when they went to London.

Ruppi also tells how to capture Angad, Fateh lost Amrik on the way.

Tejo feels devasted learning about the death of Angad and Satti tells how Fateh cared for her when she was unwell.

Satti says Fateh did a lot for Tejo when she lost her memory and she will again become a mother soon.

Later, Satti tends to Fateh's wounds given by Tejo but Fateh jokes about it and says it is nothing.

Meanwhile, Jasmine calls Satti but Fateh picks it up.

Fateh asks what is she doing at Sweety's house and asks her to stay from his and Tejo's life.

In anger, Jasmine scolds Sweety and throws things around.

Jasmine says she will not accept defeat and thinks of a plan to teach Fateh a lesson.

At the same time, Simmi receives a call from an unknown number who talks about her child which scares her and she video calls Fateh but does not tell anything.

Tejo remembers how she ill-treated Fateh and looks at him lovingly from her balcony.

Fateh goes to Tejo and after moments of silence, he wipes her tears.

© Copyright tellybest.com, 2022, 2023. All Rights Reserved. Unauthorized use and/or duplication of any material from tellybest.com without written permission is strictly prohibited.
Cached Saved on: Wednesday 25th of January 2023 02:26:28 PMCached Disp on: Thursday 9th of February 2023 08:13:43 AM