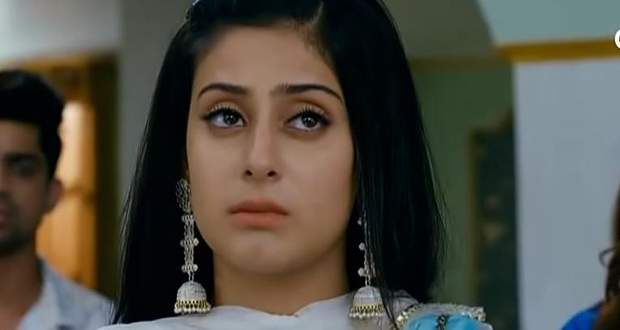 Tejo replies that no one knows and imagine the family getting estactic hearing the good news while Jasmin feels shattered.

Tejo is about to call Fateh to inform him but Jasmin stops her and tells her to meet the doctor and make sure that she's pregnant before informing others.

They go to the hospital together while Fateh calls both of them but doesn't get a response.

Later, Jasmin gets worried and wonders why Fateh hid this from her and imagines Fateh breaking up with her.

Jasmin picks up Fateh's call when the nurse tells her to go inside.

Jasmin goes inside to see Tejo crying who further reveals that she's not pregnant and cries on her shoulders.

Fateh worries thinking that Jasmin revealed the truth to Tejo while she comes home.

She tries to tell him the truth but he gets Jasmin's calls and goes to attend it as she demands to meet him immediately.

Further, he makes an excuse to Tejo and leaves while Tejo's family consoles her.

Jasmin makes Fateh drive to the place where he and Tejo stayed during the night out and insists to go inside.