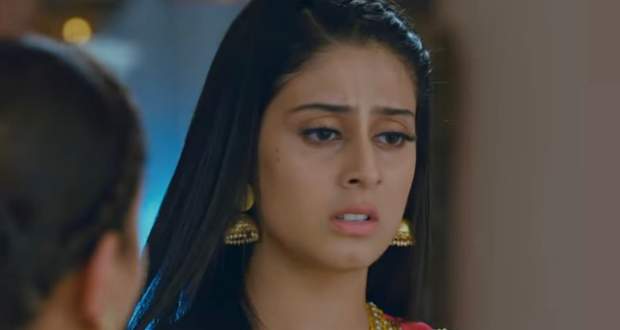 Today's Udaariyaan 24 July 2021 episode starts with Jasmin making an excuse to Tejo and going after Fateh.

She tries to talk to him and tells him that she was crazy to leave him for Canada.

She further lights her passport on fire to prove to him that she wants him only.

Jasmin tells him that nothing is more important to her than him, not even Canada, and leaves.

She reaches home to see that the family has fixed her engagement for the next day and the marriage after a week.

She denies it and runs into her room where Mami comes there and gets angry at her.

Elsewhere, Tejo acts shy with Fateh and asks him if he missed her but he keeps thinking about Jasmin burning her passport.

Tejo reveals to Fateh that Jasmin's getting engaged the next day which makes him tensed and he leaves Tejo gets upset thinking that Fateh is worried for Jasmin but calms herself thinking about their intimate moment.

At night, Fateh and Jasmin are unable to sleep.